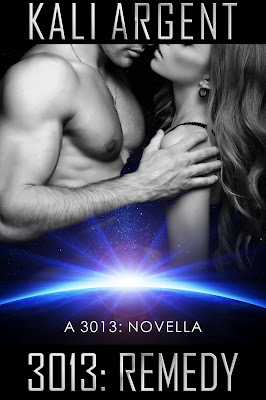 Half D’Aire, half Reema, Kylir T’Kari is no stranger to cruel words and mocking stares. Some fear him for his uniqueness, others despise him, but mostly, people just don’t understand him. The way he sees it, that’s their problem, not his. He’s comfortable with who he is. His parents swear he hung the stars, and the ragtag crew of the Storm Rideris like a second family. The only thing missing from his life is someone to call his own.
Tasked with traveling to Xenthian to find an antidote for the infertility plaguing Earth’s women, Lieutenant Astrid Strong first has to find a way to get there. Recruiting a capable pilot with a reliable ship is easy. Realizing the hybrid brings desires to the surface she would rather keep buried, not so much.
But fate is a funny thing, and no matter how hard she tries, she can’t outrun it, can’t hide from it. Caught between a painful past and an uncertain future, she’s plagued with doubts and insecurities, and only time will tell if Kylir will be her curse…or her remedy.

“You watch me sleep?” Sliding a hand up with the side of his neck, she pinched his earlobe gently and tugged. “That’s a little creepy.” She grinned to let him know she was kidding. Kind of. “But really sweet. It’s also completely unnecessary. Have you seen the size of the beds on this planet? There’s plenty of room for both of us.”
“I don’t think that would be a good idea.” The words came out sharp between his tight lips, and his body turned to stone beneath her touch.
“Why not?” She knew the D’Aire possessed little to no desire when it came to sex, not until they found their keepers, but surely, he’d thought about it.
“Honestly? I don’t trust myself.”
Oh, yeah, he’d thought about it. “And I’m trying to tell you that it’s okay. I’m okay with…more.”
“You don’t know what you’re saying.”
“I do.” She knew what she was asking, and she wanted all of it. Sex, yes, but more significantly, everything else that came with it. “I want you. I want to be yours.”
The Helios and Dragon Warriors claimed their mates with a bite. The Tarin, with a transfer of energy. Whatever the method, the reason was the same—to create an unbreakable bond.
For the D’Aire, their bond was formed through sex. Not the physical act itself exactly, but the intimacy created in that moment when two people laid their hearts, souls, minds, and bodies bare to each other.
“No.” 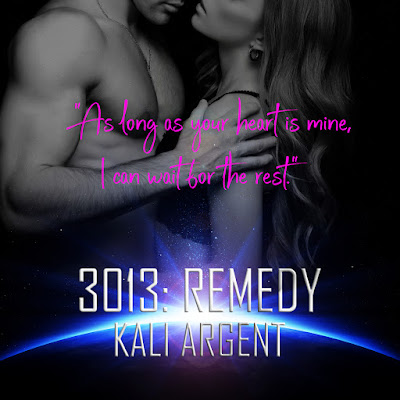 The wall he’d been building between them seemed more solid than ever, and she couldn’t help but gasp at the sting of rejection.
“Oh, onye.” He hugged her tightly again, pulling her into his lap and surrounding her with his massive body. “Don’t ever think that I don’t want you, because I do. I feel like it’s killing me wanting you this much, but you’re not ready.”
“Who are you to decide that?” she argued.
“Stop reacting and think. Be honest with yourself. Are you really okay with letting someone else inside your head? Because that’s what you’re asking for.” His fingers combed through her hair, soothing her as he spoke. “Make no mistake, onye, you are mine, but there are still parts of yourself you’re not ready to give.”
It wasn’t even remotely the same thing. Logically, she knew that, but that didn’t stop the fear and dread from coiling inside her like a living thing. Kylir would never hurt her the way Henry had, but she couldn’t deny his words. She wasn’t ready to open her mind to him, not yet, not when there were secrets trapped in her head that even she couldn’t remember.
“But…I…”
“I know.” His tone was gentle, knowing, without any hint of judgment. “As long as your heart is mine, I can wait for the rest.”