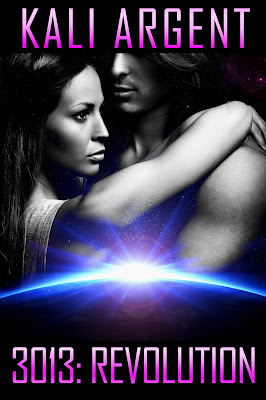 By all rights, Helios shifter Sion Jabari shouldn’t be on Xenthian. According to his own mother, he shouldn’t even be alive. His life hasn’t been an easy one, and after witnessing how greed and the desire for power can corrupt something as pure as love, he wants no part of it. When he takes a companion, he swears it will be for all the right reasons, and more importantly, it will be his choice. A noble plan, but one that’s complicated by the arrival of Rya Clearwater—a lovely female fate has selected just for him.

Vasera Rya Clearwater understands too well how the quest for power can destroy innocent lives. It’s been almost a millennium since her parents died, but she still dreams about the night it happened. Instead of dwelling in the past, though, she’s dedicated herself to her people, to protecting them from the suffering she’s endured, and for a thousand years, she’s been content. She isn’t prepared for the intense feelings Sion invokes in her, but suddenly, being merely content is no longer enough. So, while the shifter may be hesitant to accept their connection, she’s not going to give up without a fight. They’re meant to be together, and she’ll do whatever it takes to prove it to him.

Unfortunately, convincing Sion that fate is real and nothing to be feared is the least of her troubles. Reeling from a series of attacks, the people of Xenthian are nervous, on guard, and looking to their leaders for answers. Answers, Rya doesn’t have. In a reality where secrets are currency and lies flow like water, Sion and Rya will have to put aside their differences and work together if they hope to bring peace to a world they no longer recognize. Can their love flourish in the midst of turmoil, or will their relationship wither in the darkness that has descended over the planet?

Trust no one. Suspect everything. Be prepared.

This is the Revolution.