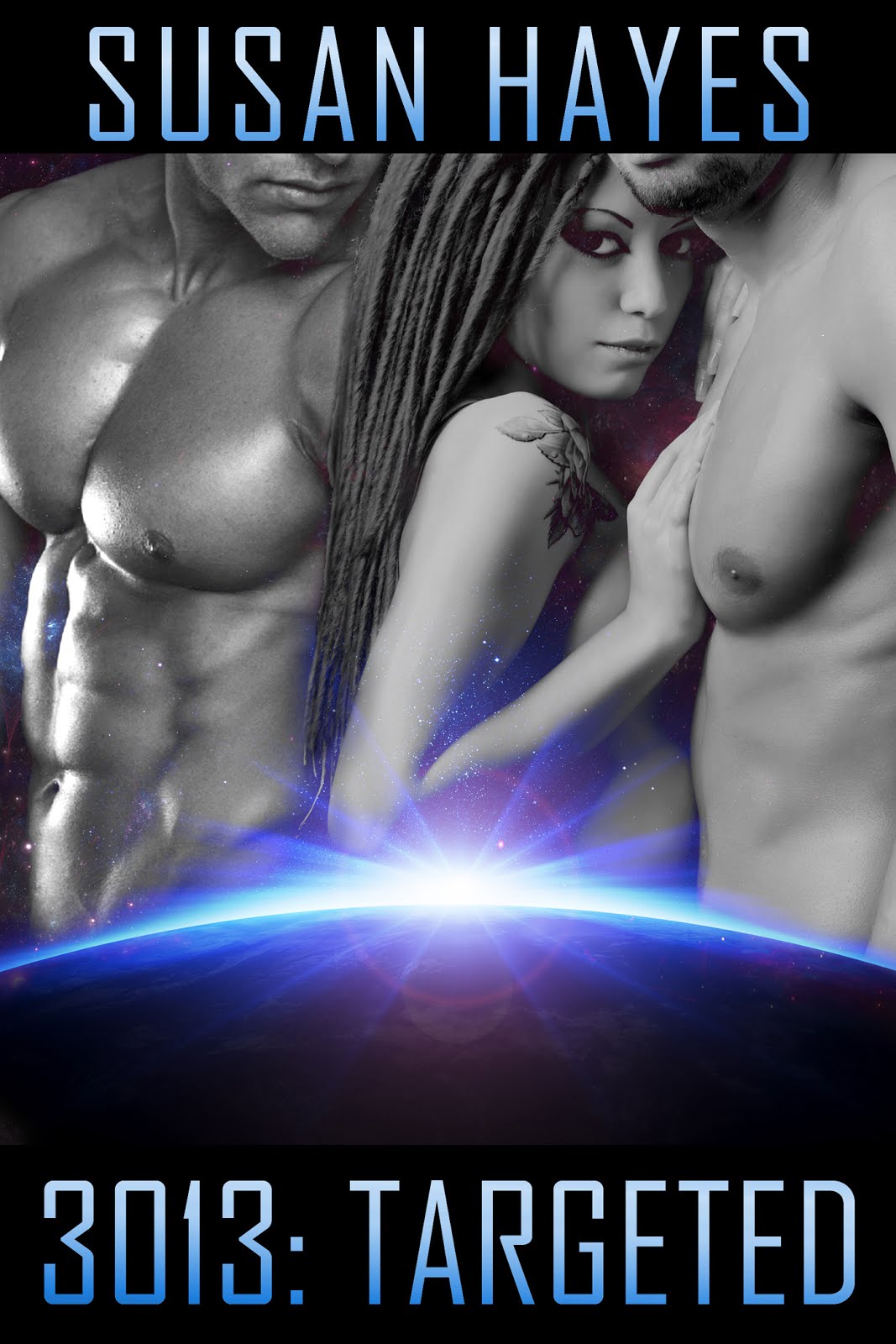 Alliance Commanders Brandt Carver and Hawke Summers have a new mission. Take command of Space Station: Alpha X2, get it running smoothly again, and find out how the last station commander wound up murdered in the middle of a Krytos sanctuary. The two Elites are experienced troubleshooters, specializing in fixing problems and putting out fires all over the galaxy, but this assignment is going to be the greatest challenge of their careers.

T’karra Ryvern runs the Black Hole bar, the Krytos sanctuary on X2. The bar is the only home she’s ever known and a safe haven for the Krytos who lost their planet to alien invaders more than a century ago. A proud warrior and pack leader, she offers protection to those who need it, but now someone has targeted T’karra and her family. With everything she loves in danger, she’ll do whatever it takes to end the threat. Even if it means working with two men she has no reason to trust.

The Commanders will do whatever it takes to protect T’karra, while convincing her that the three of them belong together. Will they uncover the truth in time to stop the attacks, or will they lose their chance at love when one of them becomes the enemy’s final target?

They walked to the open doorway, and Carrs knocked twice, drawing the attention of one of the two men standing watching the surveillance footage. His hair was so blond it was almost white, and when he turned around to face her she found herself surprised at the sudden surge of sexual heat that coursed through her veins at the sight of the new commander. He was younger than she’d expected, and far better looking. He filled out his uniform in a way she could truly appreciate, and despite the fact he was only a few inches taller than she was, his physical presence made him seem much larger. He had a face that looked like it had been sculpted by a master artist, a study in symmetry and male beauty. In short, he was gorgeous, and for the second time in a matter of days, T’karra found herself powerfully attracted to a man she knew nearly nothing about.

It was disconcerting as hell.

“Thank you, Officer…Carrs, isn’t it? You may report back to your station.”

“Yes, sir.” Carrs thumped his fist over his chest in salute before turning on his heel and walking away, leaving T’karra standing in the doorway. The blond commander smiled and gestured for her to come inside, his aqua-blue eyes gleaming with intelligence and…interest?

“Please come in and have a seat. We had intended on asking you to meet with us later today, but since you’re already here, now is as good a time as later. I’m Commander Brandt Carver, by the way.”

She stepped into the room and offered the handsome commander a cautious smile as he closed the door behind her, ensuring their privacy. “I am T’karra of the Ryvern pack. It is good to have you here at last. Things have been…uncertain of late.”

Carver smiled, a true smile that softened the sharp lines of his face. “That’s one way of putting it. I know you have questions. My partner and I don’t have all the answers yet, but we can tell you what we do know, and how we intend to proceed.”

“I’d appreciate an update, thank you. I heard a rumor you’ve actually been here several days already. I hope that means you’ve made some progress in figuring out how armed men got to my sanctuary without being detected by your men.”

Brandt cleared his throat to buy himself a few seconds to recover from his surprise. How the hell did she know that already? The information they’d been onboard the station for a few days had only come out to operations personnel a short time ago. His assessment of T’karra went up several notches. Some Krytos insulated themselves from the communities they coexisted with, but clearly this one didn’t, or she would never have heard about their early arrival already. With any luck, the beauty that just walked into his office would turn out to be a damned useful source of information for them…if she didn’t kill Hawke in the next few minutes.

He glanced over to where Hawke was standing, carefully keeping his back to T’karra and his face in shadow until she was seated. “We’ll share what we know, but I should tell you the purpose of coming here early wasn’t only about investigating what happened to your sanctuary. We needed to see this place operate without anyone knowing they were being watched.”

Brandt couldn’t help but admire the graceful way she moved, and as he watched he had to admit that Hawke had been right, she was something special. Poised, confident, and achingly beautiful, he finally understood why his partner had risked so much to spend time with her. Stars, right now, he was sorry he’d stayed away from the Black Hole and its owner, despite the fact it would have only make the coming storm ten times worse.

Hawke braced himself and turned around to face T’karra, letting her see his face for the first time. “I really hope you meant that, T’karra. I hated not being able to tell you who I was, but it was necessary.”

“You!” T’karra snarled, the outer rim of her pupils turning a dull, angry red. She rose from her chair and took a single step forward before stopping again, her hands clenching and unclenching at her sides.

Yeah, this was going well.

Hawke walked to within a few feet of T’karra and then offered her his hand. “Yes, it’s me. I know it’s a bit late, but I’d like to properly introduce myself. My name is Commander Hawke Summers, and I’m incredibly sorry I had to deceive you for the last few days.”

She stared down at his hand like it was a venomous snake, then raised her gaze to meet his, revealing there was more red than black in her eyes now, a clear warning she was on the edge of a full transformation. “You lying, scheming, bastard! You’re ? I thought—no, forget what I thought. I was wrong. You weren’t in my sanctuary for any reason other than to spy on us. Did you think we had something to do with your commander being killed? He was my friend!”

The word friend came out as a guttural growl, and Hawke actually saw her fangs lengthen. The primal part of his own nature rose to the challenge, and he moved directly into her space, never breaking eye contact. “I was not spying on you! You said it yourself, we were gathering intel. It’s what we do, T’karra. I’d seen enough to know you had nothing to do with the attack before you and I ever met. Stars, we were fairly certain you and your sanctuary weren’t to blame before we ever set foot on the station. No one would jeopardize their home or family like that, not intentionally, but we had to be sure. Once I overheard your conversation with Danny Fields, I was convinced. I planned to finish my drink and leave, but then you walked over…and I didn’t want to leave anymore.”

“Liar,” she snarled, her clawed hands coming up to shove him squarely in the chest. It took all his concentration to keep his balance, and when he looked at her again, the transformation to battle form was complete. She was the same, yet different, a feral version of the beauty he’d gotten to know over the past two days.