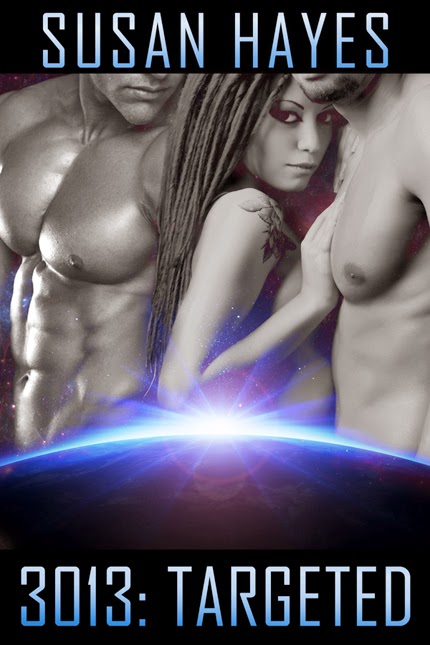 Alliance Commanders Brandt Carver and Hawke Summers have a new mission. Take command of Space Station: Alpha X2, get it running smoothly again, and find out how the last station commander wound up murdered in the middle of a Krytos sanctuary. The two Elites are experienced troubleshooters, specializing in fixing problems and putting out fires all over the galaxy, but this assignment is going to be the greatest challenge of their careers.

T’karra Ryvern runs the Black Hole bar, the Krytos sanctuary on X2. The bar is the only home she’s ever known and a safe haven for the Krytos who lost their planet to alien invaders more than a century ago. A proud warrior and pack leader, she offers protection to those who need it, but now someone has targeted T’karra and her family. With everything she loves in danger, she’ll do whatever it takes to end the threat. Even if it means working with two men she has no reason to trust.

The Commanders will do whatever it takes to protect T’karra, while convincing her that the three of them belong together. Will they uncover the truth in time to stop the attacks, or will they lose their chance at love when one of them becomes the enemy’s final target?