The eleventh book in this best selling sci-fi/futuristic series! 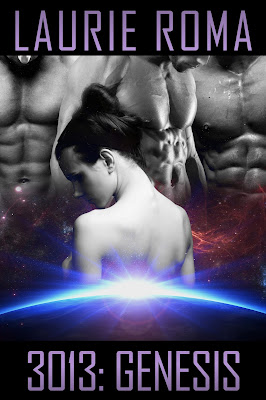 Mya Spartan has lived a privileged life. She has a family who adores her, work that fulfills her, and enough credits to have everything she’s ever wanted. However, what she really wants isn’t something that can be bought…

Alphas of their pack, Maddox, Daimon and Tavius Adaro, have created an empire with no equal. As a traveling sanctuary, New Vega exists beyond Alliance regulations, where the Adaros’ word is law. The three Krytos brothers are strong, capable leaders who rule their world together, but nothing could have prepared them for the little female elite who would come to rule their hearts.

Destiny may have led her straight into the arms of the Krytos who want her as their mate, but Mya fears she might not be a match for the three powerful males. When a threat turns the floating pleasure palace into a dangerous prison, everything they love is at risk. Will Mya find the courage to fight by the Adaro brothers side, or will her uncertainty lead to the downfall of an empire?

“What are you doing up?”

The sound of Maddox’s deep voice startled her so bad that her stylus flew out of her hand. It rolled across the floor, stopping at his feet where he stood in the doorway. He bent down and picked it up, then slowly walked over until he was towering over her.

Mya’s pulse sped up at his nearness, and she felt her cheeks heat with embarrassment at how sloppy she looked. Her long hair was piled on top of her head in a haphazard bun, and she was wearing gray lounge pants and a matching zip-up jacket with a bright pink tank top underneath. Though she rarely wore facial enhancements, her face was scrubbed clean and she didn’t even have anything on her lips.

Why hadn’t she put on some lip shimmer or something?

Her gaze slowly rose, taking in the traditional leather outfit he wore until she reached his face. The first thought that came to her was that he looked tired. She immediately wanted to tell him to go to bed, but it wasn’t her place to do so. His inky black hair wasn’t pulled back like it had been the last time. Instead, it hung loose down to his shoulders, and she had a strong desire to run her fingers through it.

She saw a hint of amusement enter his dark eyes, and realized she’d been staring at him in silence. When he looked at her with that focused stare of his, she had a hard time keeping any thoughts in her head.

“I’m sorry, did you ask me something?”

Maddox held back a smile as she blinked up at him with clear confusion etched across her lovely face. He knew he’d startled her when he’d walked into the lounge. In truth, he’d stood in the doorway for several minutes before he’d spoken. He’d liked watching as she concentrated on her work, and found her serious expression appealing.

Since she was curled up in her seat, Maddox sat down on the ottoman at the end of her chair and held out the stylus to her. She glanced down at it as if she’d never seen it before. After a long pause, she finally took it and looked back up at him.

“Thank you,” she whispered.

He’d felt the heat of her fingertips brush against his, and he’d had to fight the urge to jerk his hand away. He leaned forward and braced his forearms on his knees. “What are you doing in here alone, Mya? Where are your guards?”

“They’re sleeping. You and your brothers said this level was secured.”

“It is,” he conceded. He still didn’t like her sitting out here alone, though. Maddox had seen her leave her room on the security feed, watching her on the monitors in his office while he tried to get some work done.

He’d found himself doing that a lot over the last few days. It distracted him, but he couldn’t seem to help it. He frowned as he studied her. “You look exhausted. You’re too young to have such dark circles under your eyes. You should be in bed, not working.”

His breath caught as her face lit up and she laughed.

By the gods, she was beautiful.

“What can I say to such flattery?” She laughed again. “Honestly, Maddox, your compliments are going to make me blush.”

“You seem to blush quite easily, tava.” The word came out before he realized it. It startled him for a second, but then he realized how right it felt.

Her smile wobbled and her brow creased. “Did you forget my name?”

Her gray eyes sparkled with mischief again. “I just thought I’d ask. You know, since you are older than me. I thought I might have to remind you.”

A grin spread across his face. He liked that she’d turned the tables on him, paying him back for his comment about her being young. “Are you implying I might be losing my memory?” he growled playfully. “Do you dare?”

She batted her eyelashes at him and tried to look innocent. “I don’t know what you mean.”

His sharp bark of laughter caught him off guard. “You are an impertinent—”

“If you call me young again, we are going to have words.”

She gave him an exaggerated nod. “Oh, yeah. What does ta—”

Maddox didn’t give her a chance to finish her question. He reached out, wrapping his large hand around the back of her neck. Pulling her close, he settled his mouth over hers and drank in her gasp of surprise.

He used the parting of her soft lips to stroke his tongue inside her sweet heat, groaning at the sheer pleasure of the experience. Her taste was sweet, intoxicating. It made him want more. Made him want to strip her down so he could feast on every inch of her soft, creamy flesh.

He growled low in his throat when she let out a soft, seductive moan. Taking the kiss deeper, he stroked his tongue against hers, coaxing her to respond to his gentle demand. When she moaned again, he felt it vibrate straight through his entire body, right down to his cock that went hard as stone. He wanted to strip her bare and take her over and over again until neither of them could move.

But this wasn’t the time or the place.