The eighth book in this best selling sci-fi/futuristic series! 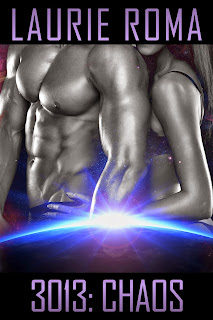 Katra Tesera is a female Dragon Warrior on a mission. Unsatisfied with the life her family wishes for her back on her home world, she seeks something more for her own future. When the opportunity to visit Earth arises, Katra is eager for the excitement and adventure of traveling the stars. She believes she is ready for whatever lies at the end of her journey, but nothing can prepare her for meeting her mate…the dark and dangerous Tarin warrior, Lord Jaden Tor.

Warlord Jaden Tor is a dedicated leader who is fighting a civil war to save his people. He has always known his path in life, but everything changes the moment he meets the dark-haired beauty with glowing silver eyes. Jaden wants to claim her for his own, however, there is more at stake than his own happiness…

When legacies are challenged, and with Tartarus in turmoil, can Jaden and Katra find a way to be together, or will their love be shattered by the chaos that threatens everything around them? 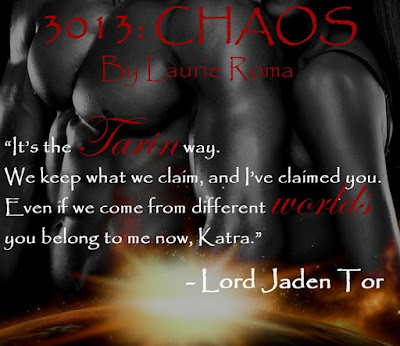 Once Katra and Jaden were alone together, he straightened to his full height and used his most lordly tone when he said, “Tartarus is my world, and my word is law. Once we land, you will obey.”

“Keep dreaming, Tarin.” Katra turned on her heels, and headed for the door.

Dismissed. She’d just fucking dismissed him. No one had ever tried the like with Jaden before. His people knew better, and anyone else would have been too concerned of his formidable wrath to even consider it.

Katra was ready for it when he grabbed her arm and spun her around so she was facing him again, but she hadn’t been prepared for what would happen when he touched her skin for the first time. Energy surged up her arm from where his hand touched her and sent such a strong jolt of lust racing through her system that it made her snarl. She had to fight back the need to throw herself at him and take what belonged to her.

Jaden’s expression was furious as he shoved his face close to hers. “You will obey,” he repeated in a snarl of his own. “Or I will keep your sweet ass confined to the human outpost. I won’t have you flying off on your own and getting into trouble.”

“I am a Dragon Warrior. I do not need your protection.”

He flung her arm away from him as if touching her had burned him. “You do need protection…from yourself. You think you’re invincible, but you can still be killed.”

“I am more than capable defending myself—”

“Your magic be damned!” Jaden raged. “What good will your magic do if someone cuts off your head? I will not have your death on my hands. Don’t push me on this, Katra.”

Perhaps that was the problem. She hadn’t pushed him enough to deal with what was between them. Well, that was going to change. Katra’s glowing eyes flared bright with challenge. Reaching up, she used both of her hands to shove him back a step, then watched his eyes go comically wide with shock.

“Do you really think me so unskilled that I cannot defend myself without my magic? Maybe I should show you just how capable I am.”

She went to push him again, but he gripped her wrists. Turning around, she caught him off guard when she used the momentum to flip him over her shoulder. She’d expected him to fall flat on his back, but he used his own agility to twist and land on his feet. The move impressed her.

Damn, she wanted him.

“What in thunder do you think you’re doing? I’m not going to fight you, female.”

“Aye, you are. Show me your strength, if you dare,” Katra taunted. She could see a battle light enter his dark eyes, and it aroused her. Wanting to goad him further, she raised one hand and gestured him forward with two fingers. “Come, warrior. Do not worry, I will not hurt you…too much.”

He came at her fast. It was as if a switch had been turned off inside of him, and she was seeing the real Jaden for the first time. The thought thrilled her, and she struggled to hold back a grin as she countered each move with precision and skill.

It took great effort not to use her magic, but she was determined to meet him on even ground. They fought for supremacy, but both of them were careful not to really hurt the other. It was like they were doing some strange sort of dance, moving and counter-moving without thought. The restraint they used made the fight more a kind of ferocious foreplay, each of them testing their opponent’s weaknesses, while marveling at the other’s strengths.

Chairs and tables were overturned as they continued to fight. They moved around the room, leaving destruction in their wake. His heavy muscles made it difficult to match his sheer strength, but she was faster and more agile than he was. She ran at the wall and used it as a springboard to launch herself over his head as he pulverized a table that was in his way to get to her.

Katra thought she had propelled herself far enough, but she underestimated Jaden’s determination. In one motion, he turned, grabbed her around the throat and spun her around, slamming her back against the wall. Instinct had her striking out, but she pulled her punch before she made contact so she didn’t take his head off. Still, she ended up clipping him as he jerked his head to the side, right into the path of her fist.

Their gazes met and held, both of them breathing hard. A small trickle of blood appeared at the side of his mouth from where she’d hit him. Katra wanted to lean in and taste him, to take him inside her so they would always be connected, except she couldn’t move. Couldn’t look away from his stormy eyes. Aye, he was angry, but there was something else in his dark gaze. 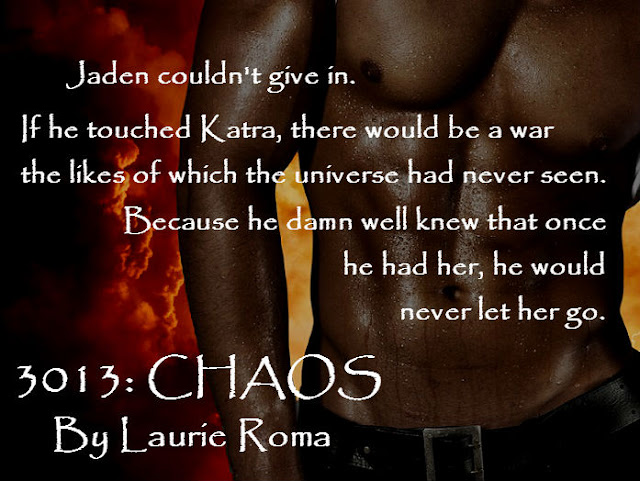