Look for it on Amazon, Smashwords and ARe on April 15th! 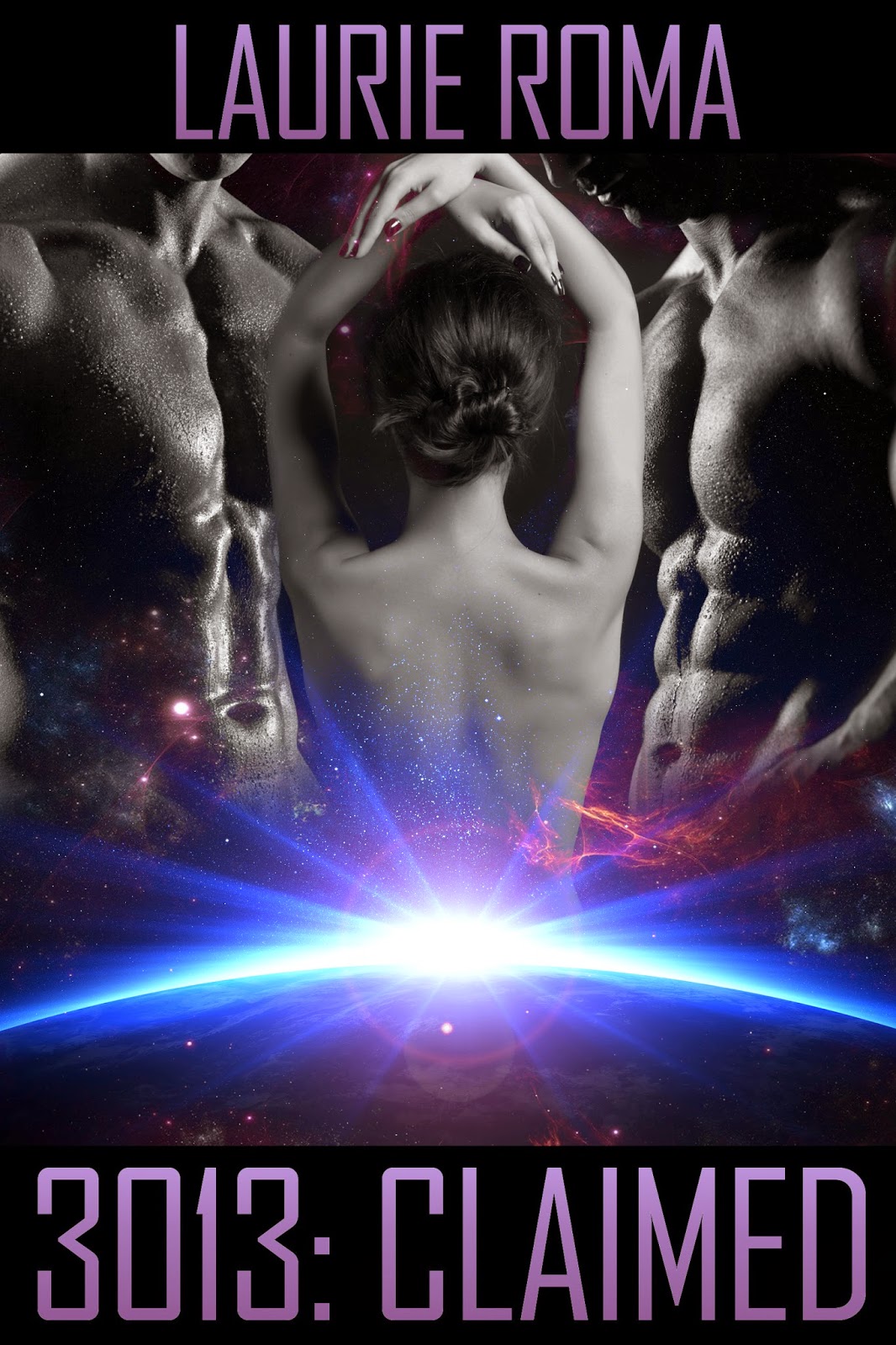 Regent Spartan’s eyes narrowed. “Who have you called in?”
“Director Stryker and Ambassador V’Dir.”
With a satisfied nod, Regent Spartan said, “They are the best. If she’s innocent, they’ll clear her. The information we have is that the sale for the new stealth technology is set to be held on New Vega in a few weeks. Serra Lysander is booked on a private shuttle for New Vega before the deadline. That is highly suspicious. Even you have to admit that.”
“And why is she back on Earth now?” Regent Marks asked. “She hardly ever comes back on planet, so why has she decided to come check out the drones we’re testing the stealth tech on? We aren’t set to add it to the fleet for another three months, so why is she here now? She arrived here in the Capital. If she is here to examine her creation, why didn’t she arrive in Light City where the testing site is? We need to know what the hell she is trying to hide!”
Jax stared at the regents, knowing the older men saw the hard edge that gleamed from his own eyes. “Archer,” he snapped.
Knowing what Jax was asking for, Archer stepped forward. “Serra Lysander comes back to Earth every year for a two week period this time a year so she can attend the Freedom Day Gala. She’d never fly into Light City unless she has to, because that is where her fathers are stationed. Since they’re more interested in spending their free time with their mistress instead of seeing their daughter, Serra doesn’t bother with them. Tania Lysander-Dobbs is sure to stay clear of Earth if Serra is going to be anywhere near her fathers.”
“Why would Serra have handed the technology over to the Alliance if she just wanted to sell it?” Jax asked. “If you’ve looked at her accounts, you know she doesn’t care about credits. She hardly spends anything, and has more than she could spend in a lifetime anyways. All her time is focused on work.”
“Still, that doesn’t explain about the timing of the sale,” Regent Marks argued.
Jax turned to glare at the regent. “It’s not her, and you’re wasting time thinking it is.”
Regent Spartan sighed. “Jax, we are doing what we have to in order to protect the Alliance. Hell, to protect Earth. This new stealth program Serra has created far surpasses everything we have to date. Christ, even our systems can’t pick it up on scans. Can you imagine what would happen if one of our enemies had that tech? They could get within range to destroy our shields before we even knew they were there. There is too much at stake for us to simply let her go because you believe her.”
“Our people are working on a system to detect the stealth mode, but they’ve hit a wall and can’t figure out how to do it.” The irritation in Regent Mark’s voice was clear. “We have to figure out who is selling our tech and track the buyer so we can shut it down from that end. We need information, and that woman is the key!”
The grin that crossed Archer’s face was anything but amused. His amber eyes had a dangerous gleam to them that warned everyone in the room that he wasn’t a man to cross. “We’ll figure out who is behind this. Believe me.” He jerked his head toward the door. “Jax.”
Jax nodded then pulled the door open, striding out into the hallway. The two regents scurried out of the room after them, their protests falling on deaf ears. Jax simply glared at the soldier standing guard in front of the closed door to the interrogation room and watched with satisfaction as the poor man shifted to the side with a hunch of his shoulders as if trying to escape notice.
“Jax! Stop ignoring me. You can’t go in there,” his father growled.
“Watch me.”
“Damn it, have some sense! You have no authority in this!”
“Oh, but I will. Anything that has to do with Serra is our business, and therefore gives us the authority to act on her behalf.” Jax’s smile was feral. “She belongs to us. Consider her claimed.”

Serra sucked in a harsh breath as she admired his strong, beautiful body. He was like sculpted marble, all hard muscle and sinew covered with golden flesh. She loved the hard contours of his body, and the large cock that jutted out proudly from between his thighs.
She was fascinated by the differences between their bodies, and wanted to look at him, up close and personal. He reminded her of a large jungle cat, and she was mesmerized by the way his muscles moved as he stalked forward. Lust mixed with curiosity when he sat down right in front of her. She drank him in, studying the rigid shaft that had filled and risen so it slapped against his hard abs.
Positioning herself between his legs, she hesitated before she set her hands down on his hard thighs. The solid muscle beneath her fingers flexed as she slid her hands up slowly. Tearing her gaze away from his straining flesh, she looked up into his eyes, needing to ask him for what she wanted. As if he knew she was holding back, he frowned at her.
“What do you want, Serra? Ask me and it’s yours.”
“I…I want to study you. Is that bad?”
“Go ahead, baby. But I have to warn you, I’m already riding the edge. It won’t take much to push me over. I want you too much, and having you stare at my dick isn’t helping.”
She looked back down at his hard flesh and saw his shaft jerk under her gaze. “It seems to like the attention,” she murmured.
He choked back a laugh. “You are going to be the death of me, woman.”
She glanced back up at him and smiled, knowing he could see the emotions swirling in her eyes. “No, Jax. I’m going to be your life, as you will be mine.”
“Serra,” Jax growled low in his throat. “Finish your inspection before I take you right here on the damn floor.”
Hearing the strain in his voice, she decided to stop stalling and get on with her experiment. She knew he was holding onto his control by a thin thread from the tension all but radiating from him. Looking at him like this was an experience unlike any other she’d ever had. She wasn’t just a scientist studying a subject. She was a woman learning her lover’s body.
Serra had often heard other women talking about their sex partners. She’d heard men’s penises often described as being odd looking, or even strange and ugly. Now, seeing Jax with her own eyes, Serra knew they were wrong.
Jax was beautiful…every single inch of him.
His hard cock was large and thick, with heavy veins pulsing under the skin of the shaft. The mushroomed head looked soft, almost supple, and she was utterly enthralled as a drop of liquid appeared at the tip from the tiny hole at the end. Pre-cum. She knew what it was, but had never seen it before.
And she wanted to taste it…taste him.
Jax leaned back on his hands, letting his head fall back as he let her do her thing. It was a kind of torture. To sit there patiently and let her study him, when all he wanted to do was throw her on the ground and pound himself into her until he got rid of the damn hard-on he’d been packing for days. He knew about her need to understand everything around her, and he struggled to give her that. Jax not only wanted her to be comfortable with his body, he also wanted her to be able to ask him for anything she needed.
It had been difficult for him to leave her earlier, allowing her time with Archer so she wouldn’t feel overwhelmed or unsure about their commitment to caring for her. He’d seen too many other bonding units run into issues if both men claimed a woman together the first time they introduced her to the pleasures they could give her, and he didn’t want that for Serra. Stepping back had been hard as hell, but he hadn’t been lying when he said he would do anything for her.
Shit, he’d kill for her…waiting a few hours to fuck the hell out of her wasn’t even in his top ten list of difficult tasks he’d do for her. He let his mind drift as he closed his eyes, trying to relax, but they popped back open as he let out a hoarse shout when he felt her tongue lap at the pre-cum dripping from the head of his cock.
Holy galactic sonic boom, she really was trying to fucking kill him!
Serra hummed in her throat as the taste of him exploded on her tongue. His flavor was rich, almost earthy, salty with a hint of sweetness she hadn’t expected. She was encouraged by his throaty growl, and engulfed the head of his cock into her mouth, sucking lightly on the spongy head as she swirled her tongue around it to collect another pulse of pre-cum.
“Sweet God, baby! Fuck, that’s good. Suck it. Suck my cock for me.”